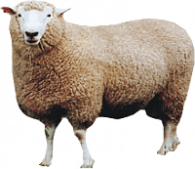 For 20 years the group operated a central flock at Balclutha to which members took 15 top performing ewes. Progress was slow as 75% of genetic progress is made by rams used.
The aim was to breed easy-care, open faced and high-performing Romney sheep.
Rigorous recording was undertaken in those pre-computer days.
In 1993 we began Sire Referencing. Using some rams in common, we linked all flocks together and compiled a Sire Summary of all sires used in the group.

Our Annual Group Sale conducted for 38 years was discontinued in 2009. This coincided with the group's change of name, focus and move to compare all breeds used in a SIL Across Flock-Across Breed Analysis.

We decided to make this information available on a website so farmers nationally and world wide can source superior genetics.
Members have exported proven rams and semen overseas to Australia, U.S.A, U.K, Canada Chile and Nepal.
The change of name from 'Southland Otago Romney Group' to 'Alpha Sheep Genetics' has happened without too much confusion in the industry.

The Across Flock Analysis has been widened, including breeds other than Romney.
It now includes crossbreds to better reflect the direction of commercial farmers.
Ten new members have joined since our change in focus and the numbers now involved provide very robust SIL Across Flock information.
When we look at the SIL-ACE Analysis our Alpha Group has about 20 sires ranked in the top 70 of most categories.

Alpha Sheep Genetics have 48 sires ranked in the top 10% in NZ for Maternal Worth + Meat (MW+M) with Indexes above 3466. The use of genomics through Molecular BV’s identify the best genes and use of SNP Chip has increased the accuracy of breeding values and indexs.

The SIL analysis now used takes out environment differences between flocks and expresses only genetics on
Across Flocks & Across Breed Reports.

It enables us to identify sires with the highest performing genes overall,
or in traits of growth, meat, reproduction, survival, wool or worm resistance.